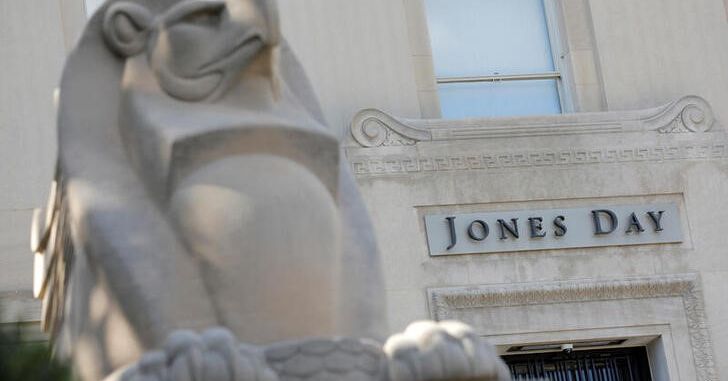 Sept 21 (Reuters) – People suing Chevron Corp claiming they developed Parkinson’s disease after being exposed to the commercial weedkiller paraquat have asked a federal judge to sanction the company’s lawyers at Jones Day for coaching an expert witness during a deposition.

In a motion filed Tuesday in East St. Louis, Illinois federal court, plaintiffs said that Jones Day partner Sharyl Reisman instructed the witness, former Chevron toxicologist Richard Cavalli, not to answer questions and conferred with him during breaks. They said these “improper communications” warranted monetary sanctions against the firm, as well as another chance to depose Cavalli.

Reisman and representatives of Jones Day and Chevron did not immediately respond to requests for comment.

Lawsuits against Chevron and Syngenta AG over paraquat were consolidated in a multidistrict litigation before Chief U.S. District Judge Nancy Rosenstengel of the Southern District of Illinois last June. More than 1,900 cases were pending in the MDL as of Sept. 15.

The companies have denied liability. Syngenta, which is owned by Chinese state-run conglomerate Sinochem Holdings, in June 2021 settled an undisclosed number of paraquat lawsuits for $187.5 million.

Paraquat has been on the market since the mid-1960s but has been banned in more than 30 countries. It is approved by the U.S. Environmental Protection Agency only for licensed commercial users.

The herbicide is currently marketed in the U.S. by Syngenta under the brand name Gramoxone, and was distributed before 1986 by Chevron. It has become more popular in recent years, partly thanks to weeds becoming resistant to Bayer AG’s Roundup.

The plaintiffs say Syngenta and Chevron were aware of scientific studies documenting a link between occupational exposure to paraquat and an elevated risk of developing Parkinson’s – a degenerative brain disease that leads to tremors and loss of muscle coordination – but that they failed to warn users.

According to the plaintiffs’ motion on Tuesday, Cavalli worked on paraquat before 1986. They argue that, under federal rules of civil procedure, his communications with Chevron’s lawyers have only weak privilege protections because he was called to testify about his direct experience with paraquat, rather than being hired by the company as an outside expert.

They said that Reisman stopped Cavalli from answering questions about what documents he had been given to review by Chevron before his deposition.

Rosenstengel has set a February 2023 deadline for the end of expert depositions. The first trial in the litigation has not yet been scheduled.

Brendan Pierson reports on product liability litigation and on all areas of health care law. He can be reached at [email protected]